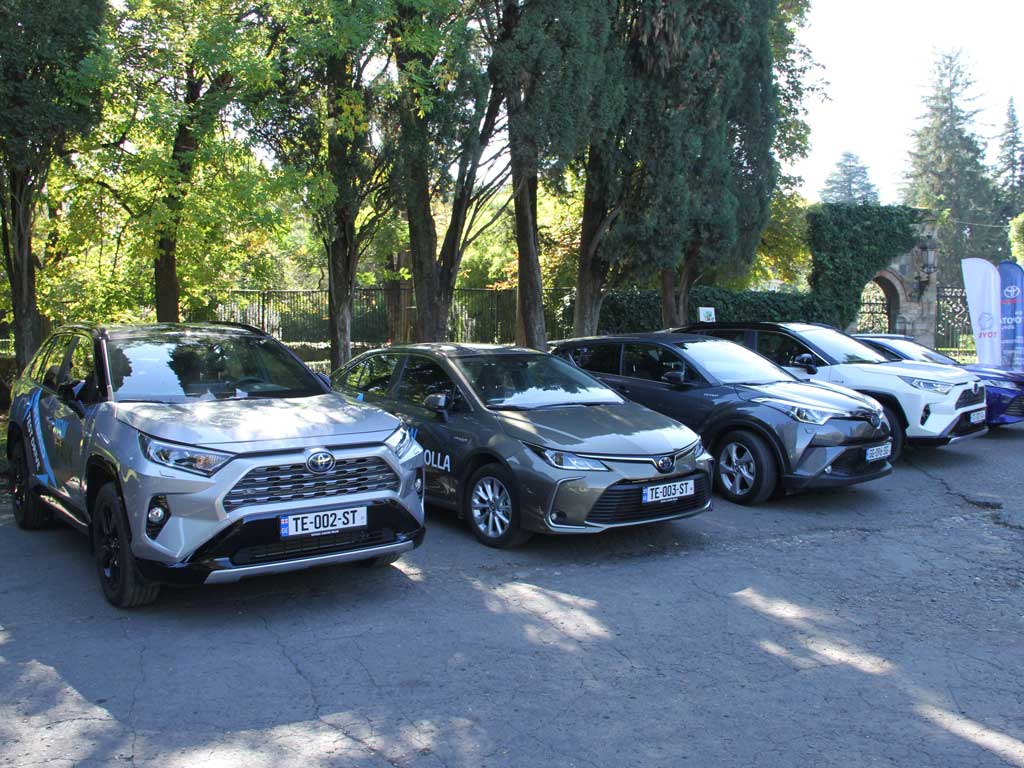 On October 15-16 Toyota Caucasus organized test drive of hybrid cars for group of journalists. Organizers this time arranged test drive in Kakheti region of Georgia and presented to journalists to drive hybrid Toyota Camry, Toyota Corolla, Toyota C-HR and Toyota RAV4 on uphill and downhill roads of the region, not only in city roads. At the same time, they arranged all the conditions for discovering the history and nature of famous wine region and very interesting entertaining program for participants.

Organizes gave hidden message by selecting this region. As there were unearthy nature beauties like fascinating forests, Lapota lake, Gombori Pass on the route selected for testing and you could feel ease when you pass by those places and understand that your hybrid car almost does not pollute this nature .We would like to highlight that you feel different when you drive hybrid car and enjoy the calmness, safety and security.

When the reverberation of the feastful test-drive hold in March has not past, organizers hold one more very interesting event which will be resonating for a long period. This time there were organized 5 pit stops, after every 40-50 km and different functions of hybrid cars were tested between each pit stops.

Participants made the first pit stop in Tsinandali and they tested the fuel consumption of hybrid cars on the route that started from Gombori Pass. If exactly, fuel saving capacity of hybrid vehicles was tested. As you already know, smooth breaking means better battery charging. This part of the route was perfect to test the self-charging and regenerative brake technology of hybrid cars. The participants were really surprised by the fuel consumption of the cars when they reached the pit stop. While 60 km per hour speed hybrid cars use only 1,5-2 liter fuel and almost does not pollute the environment.

After journalists visited historical residence of Alexander Chavchavadze, they switched to different model hybrid car and drove towards Ikalto Monastery. This time the goal was to test the torque performance and usage of additional power from HEV batteries on uphill roads.

The third part of the route was from Ikalto Monastery to Alaverdi complex and as this on this part journalists had chance to listen to the silence of the car and check the Safety Sense functions of hybrid cars. From the day it was founded, Toyota puts safety first and safety is fully guaranteed in hybrid cars. Lane change function of hybrid cars not only warns the driver when he/she crosses the line without turning on turning light, but also increase the volume of the warning signal when driver repeats crossing and it makes 100% sure that driver is aware of the situation and also returns the car to correct position

On the last part of the route from Alaverdi complex to Lapota turn, the journalists tested additional safety functions of HEV. One of the most used function is Adaptive Cruise control which helps to drivers on long journeys. Special radar-sensor and video camera supporting this function define the car in front, it’s speed and keeps the fixed distance by regulating the speed of your car. If the car in front suddenly stops, your car will also be stopped thanks to this function.

But of course it is important to remember that active safety systems such as Toyota Safety Sense are designed to assist the driver. The systems do not replace driver awareness and responsibility. Since there might be recognition inaccuracy caused by some external factors, drivers should not rely on the system too much. Drivers must be attentive to surrounding objects and observe the precautions while driving.

After the final test journalists reached the pearl of Kakheti region, Lapota Lake surrounded by Caucasus mountains and spent the rest of the day relaxing.

President of Toyota Caucasus, Mr. Mitsuri Konoshi met the journalists on the second day of the event and said that he is very glad to see journalists on “New Toyota World” event and also mentioned: “We are facing a lot of environmental challenges. Hybrid technology is one of the solutions by reducing fuel emission. Toyota is pioneer by producing more than 10 million cars and more than 20 years worldwide. Now Toyota Caucasus is ready to provide wide range of hybrid cars together with Toyota New Global Architecture and Toyota Safety Sense. And we can say that, we can give to our customers positive experience, more responsibility, more confidence and more fun during driving our cars.”.

Finally, would like to inform our drivers who think that hybrid cars have fantastic high service expenses that, the expenses are almost same in comparison with traditional Toyota cars and service is carried out by official Toyota representative.

Toyota Rav4, C-HR, Camry and Corolla which are considered car of families, young generation and young hearted people, this time also could surprise participants and brought confidence and respect to hybrid cars.

A lot about hybrid cars were written and spoken, but it is different to feel them. That is why we invite all car lovers to register themselves for test drive and try the hybrid car in Toyota Baku Center , Toyota Absheron Center, and Toyota Ganja Center. We are sure after experiencing those unbelievable feelings, everyone will dream about becoming owner of one hybrid car.

It worth to mention that, the hybrid model of Toyota RAV4 is available in Azerbaijan and customers own them enthusiastically. Toyota Camry and Corolla hybrid models will be imported in 2020. 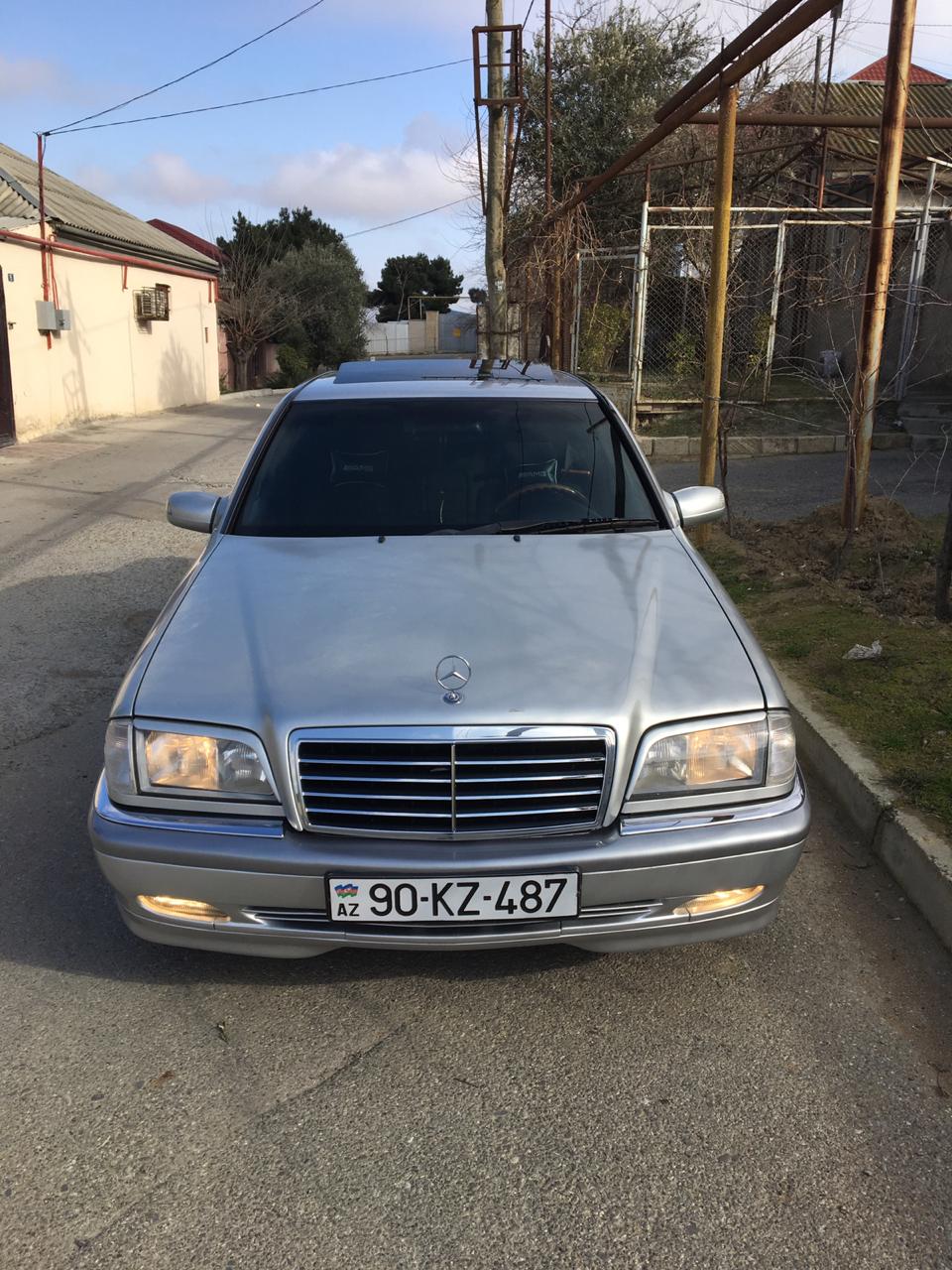 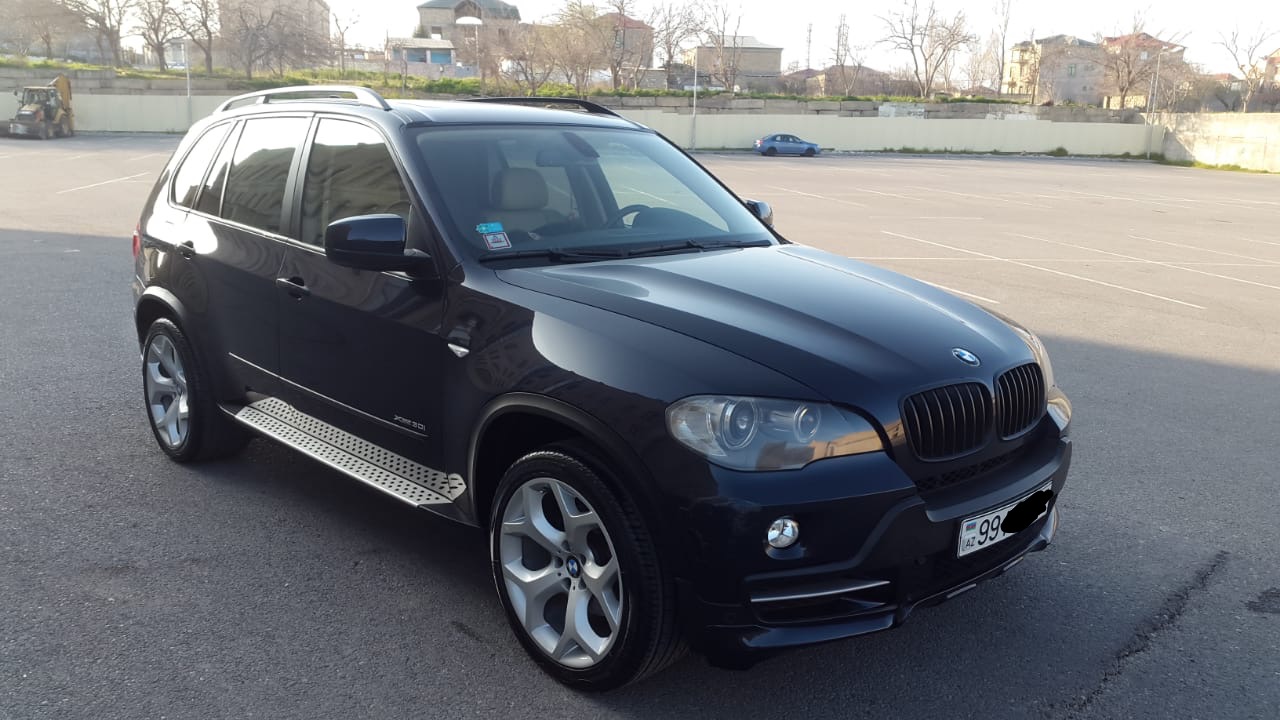